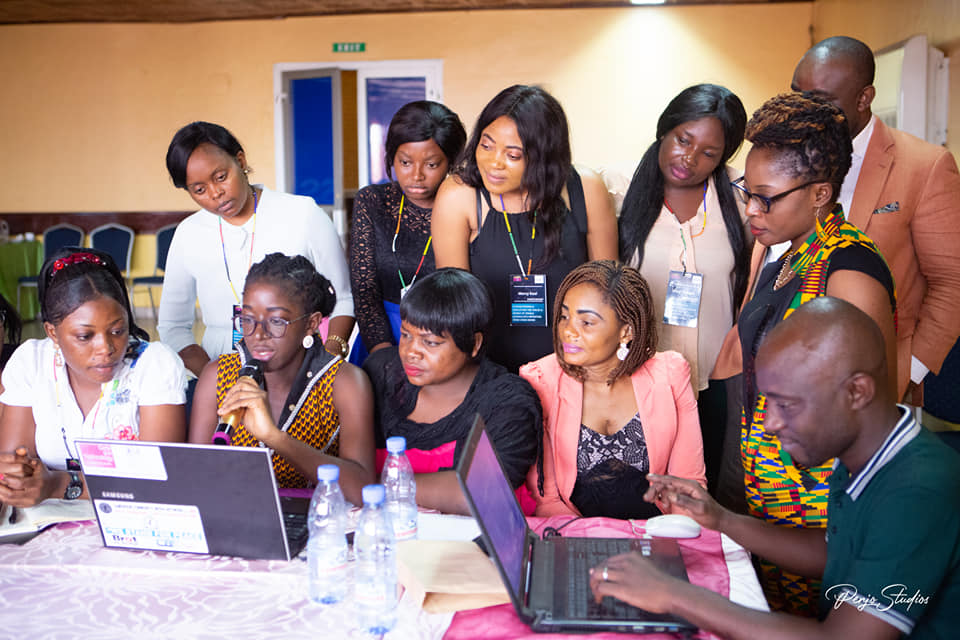 Some female journalists practicing in the crisis-plagued Northwest and Southwest regions have committed to fact check their stories before reporting amid growing misinformation and disinformation in the regions.

They took the commitment last weekend in Yaounde at the end of a three-day workshop aimed at strengthening and amplifying the voices and works of female journalists reporting from crisis zones.

Organized by Sisterspeak237 with the support of the Canadian High Commission in Cameroon, participants were equipped with the various techniques of fact-checking and verifying information be it pictures or videos.

Attendees had in-depth training with a lot of example on how they can fact check stories, pictures videos and deep fakes in an environment characterized by fake news that creates a lot of tension and problems for journalists and their audiences. 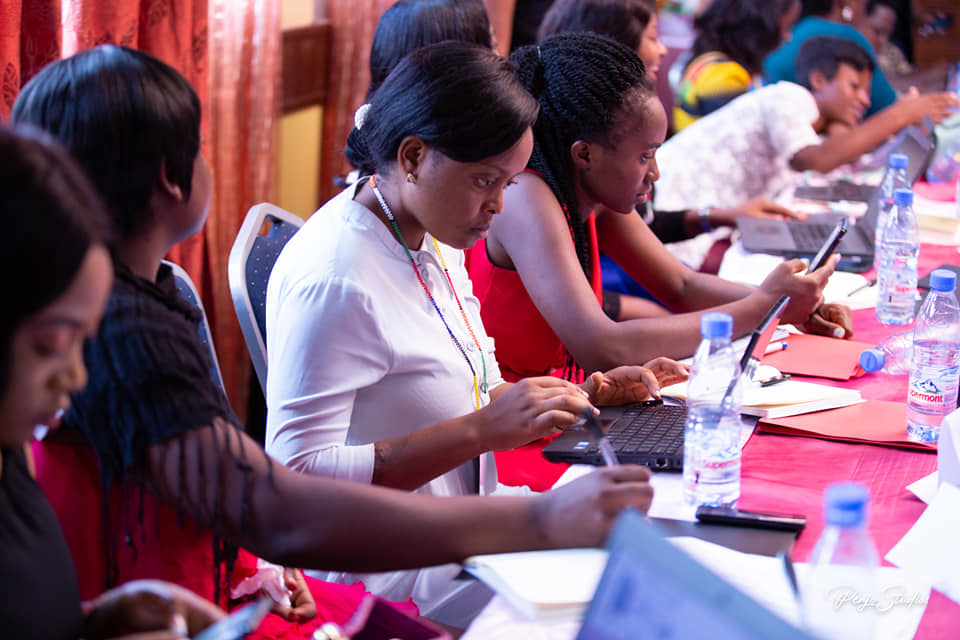 “We think that if journalists are trained and they have the right tools to fact check then they can provide more accurate information that makes audiences to make informed choices about their lives,” said Comfort Mussa, founder and CEO of Sisterspeak237.

“Fact checking is very important not just for the Cameroon context but globally. The world is faced with a lot of fake news, so each time you hear something, you need to think twice, verify and make sure it is true if not people will be misled,” she added.

Sisterspeak237 used the opportunity to assess the media landscape in the Northwest and Southwest Regions since the crisis broke out.

Journalists have been targeted and vandalized, journalists jailed while some have lost their job and others forced to flee, Sisterspeak237 said.

It is against this backdrop that Sisterspeak237 went ahead to train the female journalists on freelance journalism in order to get alternative sources of finance for their sustainability.

“I never really knew how to pitch a story but I am now brewing with confidence am looking forward to get started with freelancing when I get back to the South West Region,” Pelagie Nanji, South West bureau chief for LTM television said.

According to Sisterspeak237, the training on freelance journalism will enhance the capacity of the female journalists to report stories which they previously could not as well.

A view shared by the Canadian High Commissioner to Cameroon HE Richard Bale who said the biggest challenge in the North West and South West Regions is getting access to information.

“Journalism is very important not only in Cameroon but in the world at large, so I think that it is important to sustain the press and especially the participation of women in the independent media,” the Canadian High Commissioner said.

“With the present situation in the Cameroon, it is important to have journalism of language not only independent francophone Journalists but also Anglophone inclusive. The idea is part of bilingualism and to fix the understanding between the two linguistics languages,” Bale said further.

He said the High Commission wants to see the continuation of the ability of independent journalists in Cameroon to do their work to report honestly and independently.

“Fact checking enhances the credibility of a journalist”

After three days of learning, I have gathered a lot about fact checking, deep fakes, pitching stories and also collaborating with colleagues. We have a lot of pieces about fake news on social media because we are in a digital age where everything goes online, everybody wants to be a journalist so there is a lot of fake news and sometimes to actually verify or debunk those stories are difficult and we find ourselves as journalists using those stories which kill our credibility. So I have learned how to verify such stories online and even offline; that is the traditional media. I have learned how to use software that I can actually know if a website is credible. I have also  learned how to cite my sources as I cannot use someone who is not credible and also how to protect my sources to make sure they don’t feel scared or think I will betray them after I must have published the news story. Also I have learned that it is important that a journalist should have a market; that is a specific product they can sell. You should not be everywhere. You can choose a particular topic to be handling maybe health, environment, or politics. It is very important to have an online presence so that if u are choosing a niche for yourself and you want to pitch a story for an organization or media house; be it internationally, they may want to check to see what you have been doing or what you are able to do and they may go online to investigate about you. If they go online and you do not have an online presence they may think you are not capable, credible and you are not worthy of their time.

“I am looking forward to embrace freelancing” 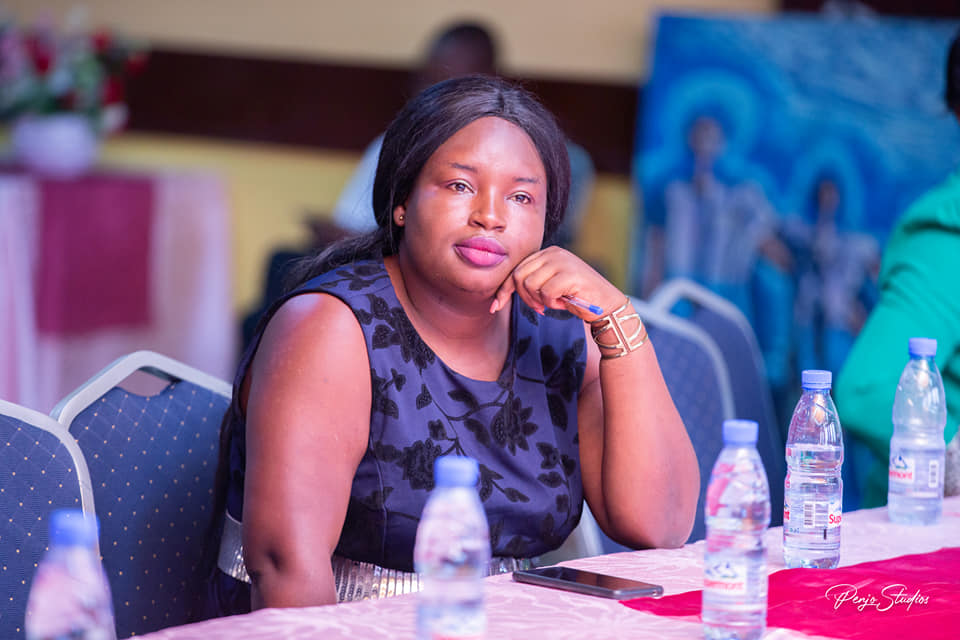 With the knowledge gotten from this workshop I will be able to fact check images and videos I come across online. We have had situations where we see pictures and we are told it’s coming from….the North West or South West Region which might not be true. We did not have the tools to verify the pictures and images to know if they are really coming from those areas, but I am leaving here with knowledge and I will hence be able to detect those pictures. We were also taught on how to get started with freelancing, that’s something I have never thought of and I will get started with it because practicing journalism in the Southwest and Northwest regions has not been easy with the ongoing crisis.

“Lessons learned will not be forgotten in a hurry”

I have gained a lot from this workshop, in fact this is the first fact checking workshop I have attended with colleagues from other regions of the country. Before now I have been trying to get information from the social media to see how I can improve on my job, given that we are at a moment where the parties involved in the crisis in the Northwest and Southwest regions are using propaganda, fake messages, videos and pictures to push forth their agendas and the population was caught up in the middle. But today, at the end of this three-day workshop by the Sisterspeak237, I am very happy that the skill I have been looking for on the internet has been upgraded by the facilitators we had. In fact the lessons will not be forgotten in a hurry.

“I have acquired a lot, especially in fact checking”

For these three days, I have acquired a lot especially in fact checking. You know we are in a crisis situation especially in the Northwest and Southwest regions where there is a lot of propaganda between the separatist fighters and the government. So, the government and separatists are trying to portray images favorable to them and as a result the population is caught in the middle. As journalists, we have the responsibility to verify information before serving the public. So this seminar has actually given us the skills we need to verify if an information or video is actually true.

Prev PostFemale Journalists From Crisis-hit Zones Equipped With Fact-checking Skills
Next PostCOVID-19 AND THE LAW. 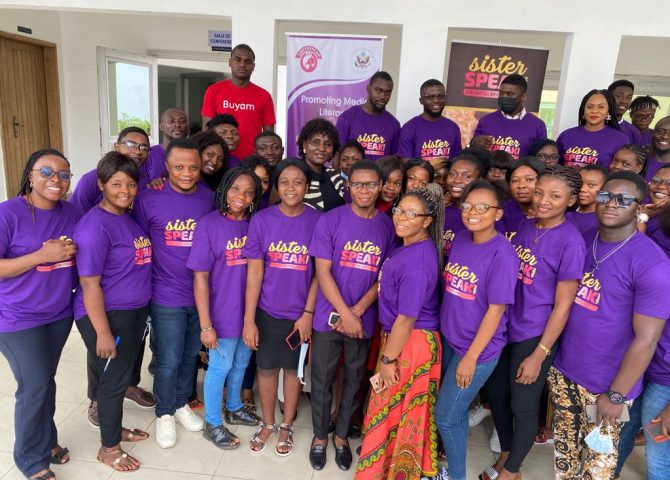 December 18, 2021 / Access to Work
Sisterspeak237, US Embassy Train Youths on Countering Misinformation a 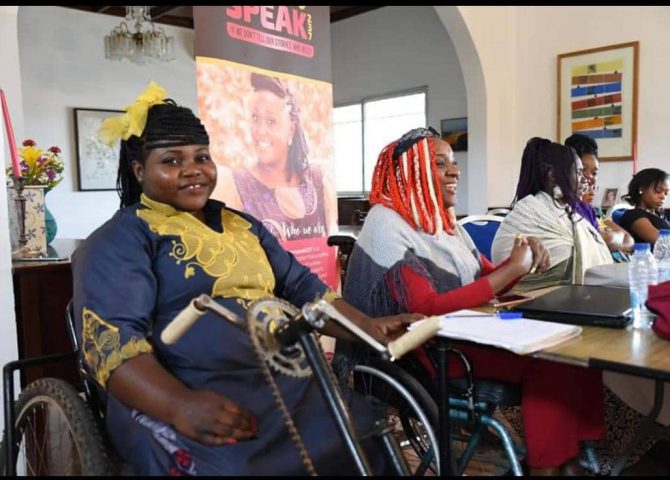 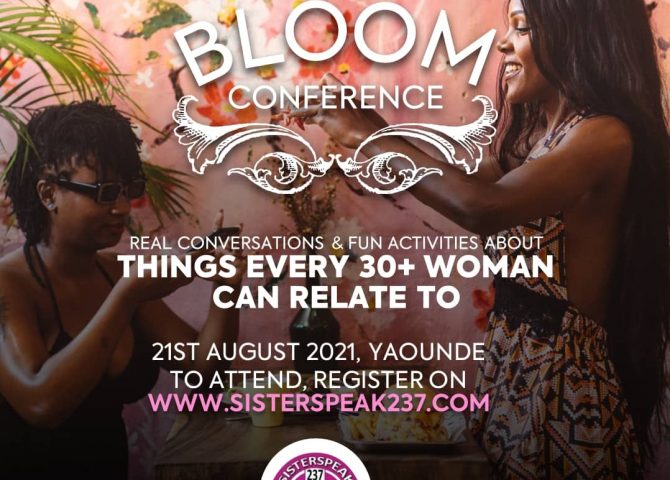