2018 was another year for Daphne Njie’s place as one of the hottest property in the urban music landcape in Cameroon. After wowing her audience in 2017 with her hit track « Calé », she thrilled her fans right up to the finish line with « Jusqu’à la gare » which earned her rave reviews as well as topping the music charts both at home and around the continent. Daphne stayed on top of her game throughout the year and that earned her the prize of the Best Female Artist, Central African sub region at the Africa Music Magazine Awards AFFRIMA held in Texas, USA on October 7 – She was the only Nominated Cameroonian who left the stage with an award. Another award followed in November in a similar category at the Africa Music Awards held in Accra, Ghana.

Dr. Otele Olivette became the first black female professsor of history in the United Kingdom at the Bath Spa University.  Sounds strange for a country with a vast pre and post-colonial history not to have had a black female history professor but Dr. Otele has now traced the path for others to follow.

Her area of focus is colonial and post-colonial history and she has been awarded a personal Chair position in the history department, in recognition of her high levels of achievement within the field.

« May this (professorship and chair in history) open the door to many  hard working women… specifically black women, in academia in general & in History in particular, » she said.

Dr. Otele who has authored several articles as well as contributed to several books is a recipient of UK and EU research grants for her work on the history and memory of people of African descent.

She draws inspiration from three women ; writer and teacher Suzanne Césaire, Anna Julia Cooper (one of the first African-Americans to receive a doctoral degree), and Anna Nzinga, a 17th-century Angolan queen.

« Their trajectories also taught me that when one rises, one should always support those who helped so that they too can achieve their dreams, «she says.

There was no woman in contention at the October 7 Presidential election but Michèle Ndoki proved women are ready to be key political and civil society actors when given the chance. Already an active member of the Cameroon Renaissance movement where she is vice President of the Women’s wing, she was one of the outfits key lawyers who defended the party’s interest at the Constitutional Council.  Though all petitions were finally thrown out, Cameroonians had come to discover an eloquent lawyer on top of her game. She did not end there. Michèle Ndoki braved the odds to lead a post-election protest in Douala where she was arrested and released hours later. Even the charges that were brought before her in court were all later dropped. All these have only given her strength to forge ahead as she has since joined the battery of lawyers defending detained Anglophone activists. Her ever growing reputation could see her throw her hat into the ring at the next municipal and Legislative elections.

The 2018 chapter of the Anglophone crisis would not be told without her name popping up. Mimi Mefo was one of the few (female) journalists to have reported extensively on the conflict in the North West and South West regions of Cameroon.  Despite constant threats from both parties involved in the conflict, she remained calm, cool and collected, leaving her reporting to speak for herself. It is this undiluted show of professionalism that rallied Cameroonians in one voice to clamour for her release when she was detained for three days at the Douala Central Prison. Mimi Mefo, symbol of the 6pm prime time news cast on Douala-based Equinoxe Television  has slotted seamlessly back into her seat and continues to be one of the shinning lights in a society finding its path to truth.

A new chapter was opened at the Cameroon Telecommunications on December 14 with the appointment of the company’s first ever female Director.

Judith Yah Sunday has been handed the herculean task of revamping a company that has been begging for new lease of life.

Described as the right woman at the right place, Judith Yah Sunday is an astute administrator with twenty five years’ experience in governance and development of public enterprises. She has served the company as Commercial Director and Regional Manager for the South West region.

She has not disappointed in her first days in office, putting the company under thorough auditing before any strategic decision can be taken.

She was one of the star performers as the Indomitable Lionesses of Cameroon finished third at the Women’s Africa Cup of nations in Ghana and booked their ticket for the World Cup billed for June 2019 in France. She was on the score sheet twice for Cameroon at the eight-nation tournament in Ghana, opening scores in the three nil victory over Algeria, scooping the Woman of the Match award. Her second goal of the tournament came in the 4-2 victory over Mali in the third place playoff match. Her scintillating performances earned her a place in the Team of the Tournament while she was also amongst the fifteen nominated for the African Player of the Year award. She finished runner up in 2016  and 2017 to Nigeria’s Asisat Oshoala.

The eulogies that poured during her funeral could hardly tell the story of a woman confined to herself to fight depression for years. The death of singer Clarisse Valerie aka Wopso in July 2018 from mental depression showed how much mental-related illnesses are still neglected by Cameroonians. Her depression-induced social media outings rather drew laughter than sympathy from many Cameroonians .She had lived with depression since the death 2010 and she even opened up in 2017. Her condition worsened with the passing away of her mother in January 2018. Though a few sisters and artists like Chantal Ayissi and Nadia Ewane worked tirelessly to give her the necessary psyco social support, Clarisse’s case mirrors the numerous persons in society suffering from mental related diseases without a shoulder to lean on.

It is supposed to be the beauty and pride of Cameroon but it has turned out to be school for scandals. The crown never settled on the head of the winner of the 2018 Miss Cameroon pageant  following the numerous legal battles against the organizing committee. Organisational lapses, accusations and counter accusations tarnished the image and reputation of the show. By the end of 2018, the Ministry of Arts and Culture was forced to withdraw the organising rights from the Comica and placed the pageant under the supervision of the government. The decision has rather fanned the legal flames with the Comica claiming 2 billion FCFA damages from the state-* a battle that is set to rage into 2019.

They are the « unsung heroes » since the crisis in the North West and South West regions of Cameroon broke out. It is common to read stories of persons killed on a daily basis but nobody takes the pains to know how they are buried. Until recently considered a taboo, Anglophone mothers are the ones burying their sons and husbands dying on a daily basis from the conflict. They have equally organized mourning exercises across the two regions to call for a ceasefire from both parties and initiate dialogue as the only way out of the conflict.

Like Anglophone mothers, stories of crimes and human rights violation especially against young girls have most often been swept under the carpet on grounds of insufficient evidence. Some have even gone as far as denying the existence of such crimes as the perpetrators move around freely. However on July 24 2018, when the video of a 17-year old alleged to have been raped by a soldier went viral, there was no denying this time around. The soldier, has since been arrested and is standing trial at the Bamenda military tribunal.

She has always made headlines with her service to the community. Susan Enjema Aweh aka Dr. SEA was famous for her inspirational and life-saving videos with a huge online community that relied on her for health tips. Empowering individuals and communities to attain quality of life through health education was her lifetime dream. But that was cut short at the tail end of 2018 with news of her death. She bridged a medical gap by using the internet to meducate and reach out to persons in developing countries, her legacy will lives on.

She is one who will never shy away from the spotlight. She was an active player throughout the year as she set about holding consultations to seek a lasting solution to the crisis in the North West and South West regions of Cameroon. She was one of the first persons to lead a delegation in the troubled regions to visit internally displaced persons and offer her assistance to them. Edith Kah Walla refused to take part at the October 7 Presidential election until the crisis in the Anglophone regions is solved. 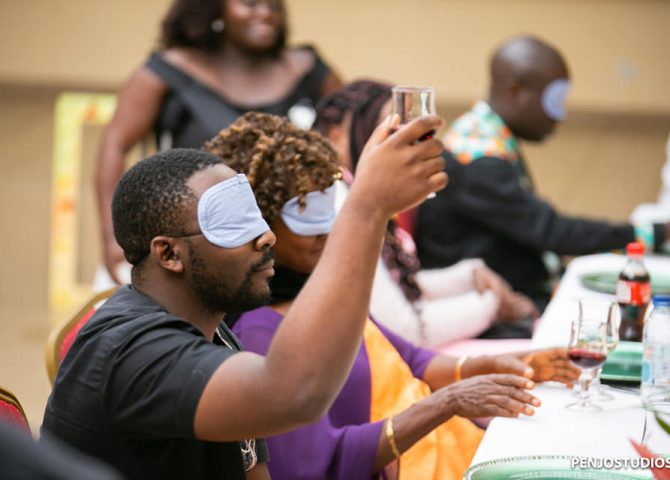 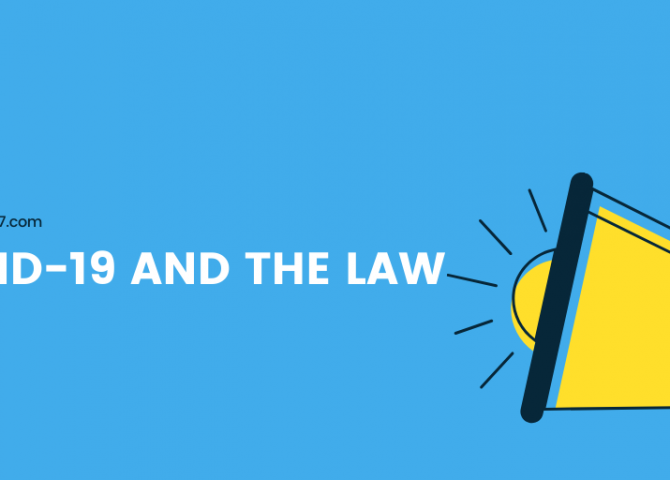 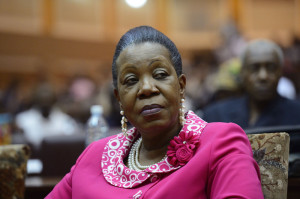