Priorities for combating violence against women in Cameroon

Roundtable discussions on priorities for combating violence against women in Cameroon

Yaounde, Cameroon – As part of week long activities to mark IWD 2014, the British High Commission in Yaounde organized a  roundtable discussion on the priorities for combating violence against women in Cameroon – chaired by the Chargé D’Affaires, Mrs. Allison Marriott.

Speaking on behalf of the Minister of Women’s Empowerment &the Family, Dr/Mrs Margaret Niger–Thomas said, during IWD commemorations, the theme on violence against women and girls has featured three times within the past 7 years i.e in 2007, 2009 and 2013. This  she said is to ‘ emphasize the severity and urgency in the search for sustainable solutions” 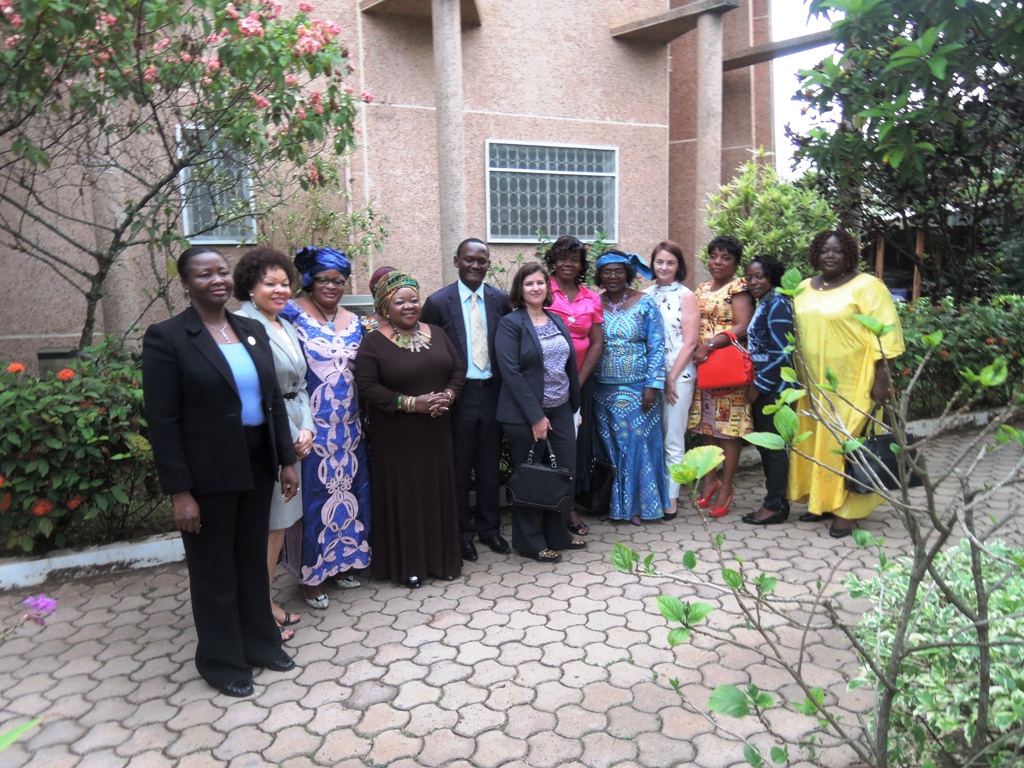 Highlighting some of the issues facing Cameroon in combating violence against women, the participants,
noted that a key factor is, Ignorance of women’s rights by both women themselves and their male counterparts. This is aggravated by the rate of illiteracy and socio-cultural norms that persistently relegate woman to a state of vulnerability

Other points discussed by the participants include lack of shelters for victims of violence, deep seated beliefs of gender inequality in our society and low access to resources and their control by women.

At the close of the day participants at the roundtable discussions were unanimous that to combat violence against women in Cameroon amongst other actions, social services must be reinforced and made accessible to all women and victims of violence.Critically needed are increased budgetary resources for the social service, law enforcement and judiciary infrastructure to respond to the urgency of the prevailing situation.

Another priority action noted is the continuous education and awareness in the area of women’s rights at all levels of the society considering the fact that neither women nor men are a homogenous group of people.