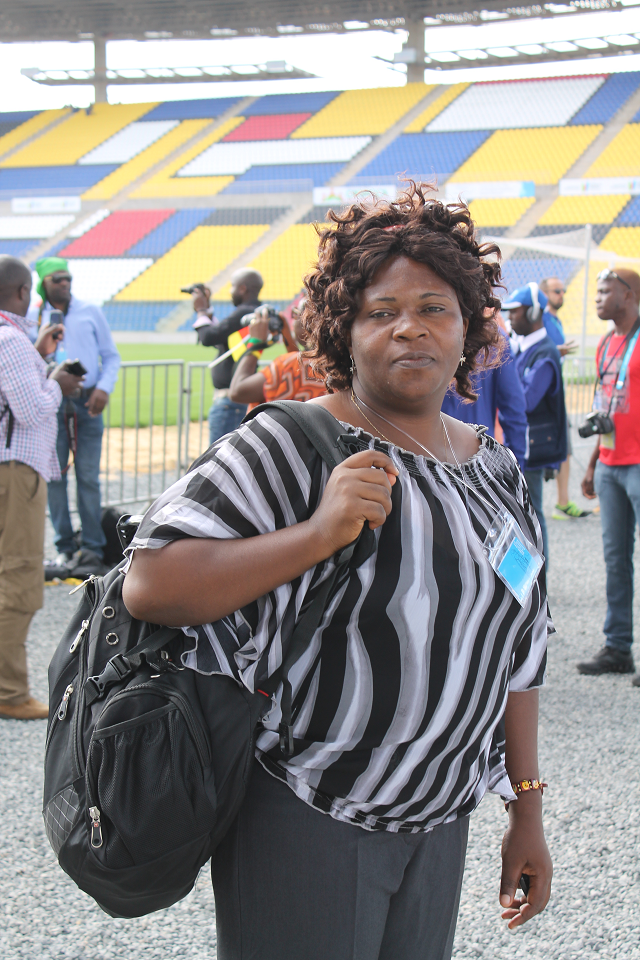 Years ago, when men dominated sports journalism, Leocadia Bongben made her way in and shattered the glass ceiling.
Over the years Leocadia has won the respect of her colleagues and readers. And she did so with poise and elegance.
Sisterspeak237 interviewed Leocadia online to Brazil, where she is currently covering FIFA World Cup 2014. Here is an interview with a woman who is  blazing  the trail  for female sports journalists in Cameroon, and who made her own special mark in sports reporting.