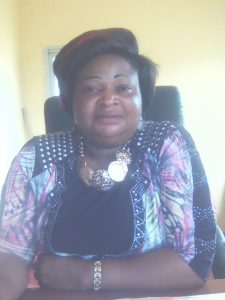 Atienjo Bridget epse Ija has been elected Mayor of Andek Council in Ngie Sub Division, Momo Division of Cameroon’s North West Region (NWR). She was elected Monday February 8, 2016 during an extra ordinary session of the Andek council.
Before elections, she was first deputy mayor at the council. She also served as interim mayor following the death of her predecessor, Awutia Samuel, some months ago.
She becomes the third female mayor in Cameroon’s NWR. In local councils in the NWR, there are now 285 women councilors up from 179.This increase in percentage from 16% to 26% represents progress in the representation of women. For the first time ever in the region, two women(Caroline Bongwa aand Beatrice Tebe) were elected as mayors during the 2013 municipal elections.