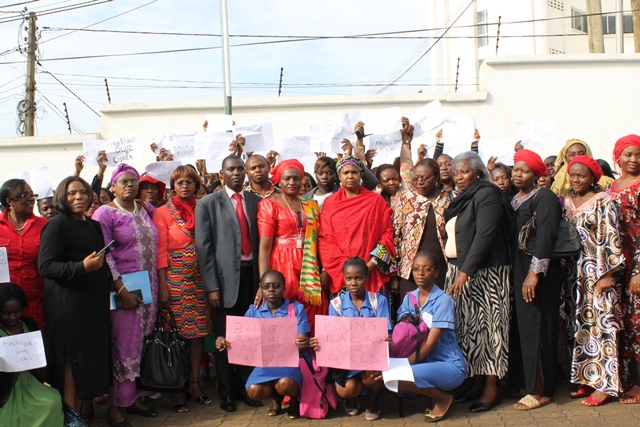 By Leocadia Bongben
Cameroon United Nations Women Entity for Gender Equality and Empowerment of Women and their Civil Society Advisory Group has added their voice to the global campaign for the release of the kidnapped Chibok girls.
Boko Haram, an Islamic sect preaching against western education and instilling terror in Borno State and other parts of Nigerian and Cameroon kidnapped over 200 girls from their school in Chibok on April 14.
Over a month after the kidnap, the girls are still held by Boko Haram claiming some of them would be released only after their detained members are set free.
While the international community is joining forces to ensure that the girls are released a campaign has been going on to drum support for the girls and their families and the government of Nigeria.
It is in response to the cry issued by the international campaign to “Bring Back Our Girls” that the UN Women and their Civil Society Advisory Group joined the campaign.
Receiving the advisory group at the UN Women office in Yaoundé, Chantal Kingue Ekambi, Programme Officer, Governance, Peace and Security on behalf of the UN Women representative in Cameroon Rachelle Anne Marie Djangone said, “Attacks against the freedom of children and the targeting of schools are prohibited by the international law and cannot be justified under any circumstance”.
Considering schools as a place of safety where children should learn and grow, she stated, “Girls and women should be allowed to go to school without fear of violence and unfair treatment so that they can later play their rightful role as equal citizens”.
Women and girls have the right to live free from intimidation, persecution and all other forms of discriminations, Ekambi added.
Justine Ndiffo, President of the UN Women Civil Society Advisory Group in the company of school children and other CSO’s led the  way from the UN Women premises to the Nigeria High Commission on May 16, to show their support and solidarity to the Nigerian government.
“We join the ‘Bring Back Our Girls’ campaign, vehemently condemn the inexcusable abduction of girls, demanded the immediate and unconditional release of the girls”, the women chanted.
On behalf of the parents of the kidnapped girls, Hadiza Mustapha, the Nigerian High Commissioner to Cameroon, expressed gratitude to the UN Women and the Civil Society Advisory Group for their support, love and solidarity.
My country is overwhelmed by the global goodwill, sympathy and assistance we are receiving and continue to receive from international friends and brother African countries like Cameroon and other well-meaning individuals. 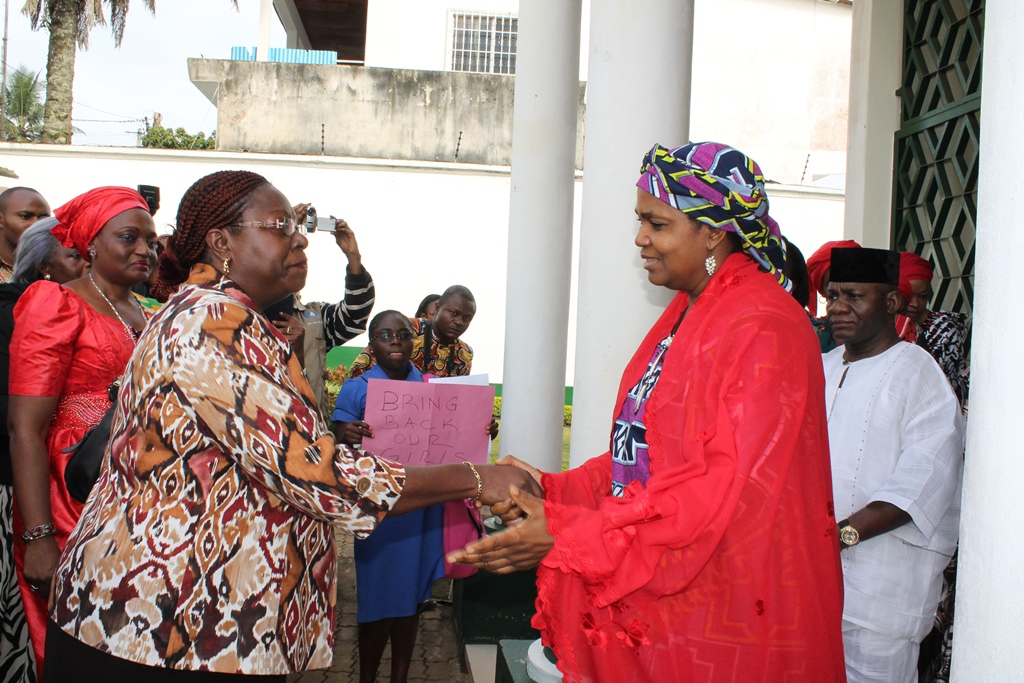 This gives us and the sad parents of the kidnapped girls, great comfort and an expression of African solidarity and love, she stated.
“We are happy for you to spare your time to join this campaign and to continue to pray for the release of our girls and the end of this evil phenomenon trying to engulf the continent and is a challenge for Nigeria”, the High commissioner said.
She sounded reassuring that the Nigerian government is doing everything possible to rescue the girls and reunite them with their loved ones.
“The Nigerian people remain resolute and steadfast behind the government and security agencies in the fight to rid the country of the evil”, she reiterated.
* Leocadia Bongben is a Cameroonian journalist whose reports explore themes of women’s issues, environment health and sports.