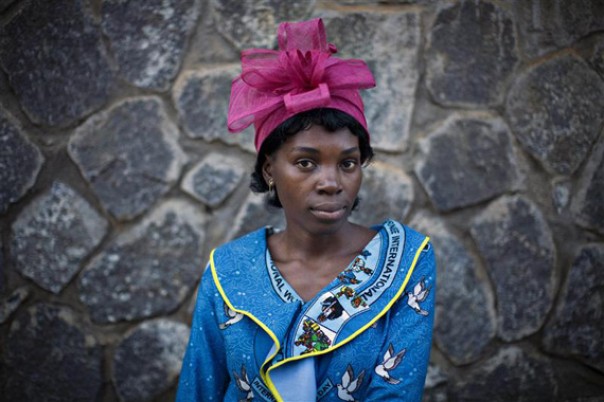 Men have to be involved in efforts geared at ending violence against women in Cameroon, the head of an association working with males to end violent and aggressive behavior against women, has said.
Colbert Gwain, executive director of A Common Future, says Cameroonian males need education on the negative consequences acts of violence have for women and girls to ensure that men become part of the solution to the problem.
Up-to-date statistical information is not available but rights groups say violence against women is widespread in Cameroon as national laws and international conventions established to fight the problem are not fully implemented.
Social and cultural norms also contribute to violent behaviour, experts say.
Many non-governmental organisations (NGOs) involved fighting against beatings and sexual aggression mainly target women. Gwain said such efforts need to focus on men as well because they are the main perpetrators.
“We have to re-educate the man,” Gwain said on the phone from Bamenda, the capital of Cameroon’s North West region.

“Not a week passes here without a report in the newspaper of a woman who has been beaten or been raped and it is creeping into schools and colleges.” Gwain Colbert

A Common Future, which works exclusively with men, has been running projects since 2007 in Cameroon’s North West region to educate boys and men to be respectful and responsible towards women in the hope that it will prevent violence.
“MEN’S CLUBS” TO SPREAD THE WORD
The group has set up 32 “men’s clubs” in schools in the region where they can discuss and get their messages through to youngsters.
“We are trying to get boys to understand that a real man does not beat up his sister, wife or mother and doesn’t force a woman to have a sexual relationship with him,” Gwain added.
A Common Future has also been running sexual and reproductive health education programmes since 2009 in the region to engage with men in their social clubs and cultural groups.
“Women have been turned to reproductive machines around here,” Gwain said.
An average family in that part of Cameroon has seven children amidst rampant poverty.
Families are unable to access proper health care and struggle to provide nutritious meals for their children and send them to school, while women’s lives are at risk due to lack of money and facilities.
Although there are many family planning, sexual and reproductive health programmes in Cameroon, they mainly target women.
In  male dominated cultures as those in the North West region, men take decisions on such matters, leaving the women without choices, Gwain said.
“It would be very difficult for women to implement such ideas in this context that is why we reach out to men so they become a bit more responsible. Things are not like in the past,” he added.
Gwain, however, admits that deeply entrenched patriarchal customs and traditions make it hard for their message to sink in as men fear that they may lose authority and the privileges they have always enjoyed.
The group has also found it hard to access Cameroonian funding networks on issues related to women’s rights because they are  more accustomed to dealing with groups spearheaded by women or primarily targeting women, Ngwain explained.
Despite these challenges, A Common Future intends to extend its work across Cameroon in the coming years, including plans to organise a film festival to screen movies related to violence against women, gender discrimination on inheritance and property rights at market squares and road junctions.
“We want to take our message to people that to be a man in today’s world you should be ready to partner with the woman rather than maltreat her,” Ngwain said.