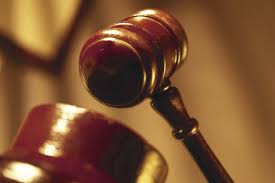 Courtesy of CRTV
Top among the numerous issues deliberated on at the June 2016 Plenary session in the upper and lower house of parliament are the latest updates on the Cameroon Penal code.
The 50 year old document has witnessed the following innovations:
–    Adultery remains a criminal act not only against women, but men inclusive.
–    The eviction of a spouse from the matrimonial home by any person other than the spouse of the victim is now a crime.
–   Indecent or illegal practices in any Public or private enterprise will lead to complete disintegration, permanent or temporal closure of the enterprise.
–    Renting fraud: Six months to three years imprisonment terms for recalcitrant tenants- (those refusing to pay their rents) will be charged with fines ranging from 100 to 300,000FCFA for evading two months rents.
–    Unscrupulous tenants who before leaving the house, damages some equipment will be severely punished.
–   Street begging prohibited.
–    Illegal sale of drugs is now a crime.
The scrutiny exercise was supervised by the Minister of Justice and keeper of the seals Laurent Esso, assisted by the Vice Prime Minister, Minister Delegate at the Presidency in charge of Relations with the Assemblies, Amadou Ali.